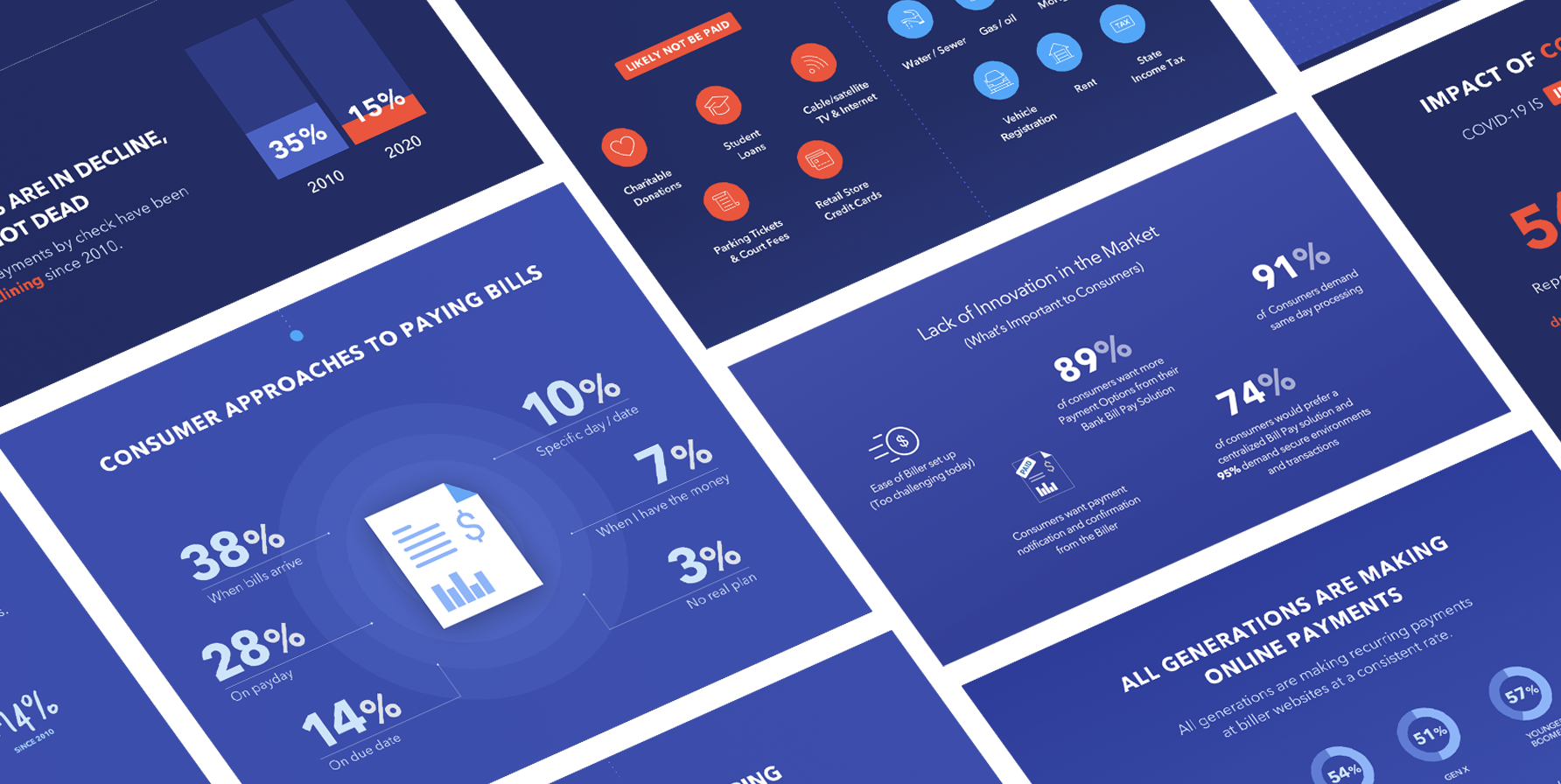 “Those financial institutions that will eventually win over consumers will be those that invest in creating engaging consumer experiences.”

That, said David Albertazzi, Research Director with Aite Group, is the number one takeaway from How Americans Pay Their Bills, a new BillGO study by Aite on the state of today’s bill-pay landscape.

The BillGO/Aite study also fueled BillGO’s recent interactive webinar, co-hosted by Albertazzi and Ken Salazar, BillGO’s Chief Sales Officer. The hour-long webinar provided executives from across the financial services industry to dive even deeper into findings from the new report.

The research reveals that Americans pay 15.5 billion bills with a total value of about $4.6 trillion. But when it comes to paying them online, more than 3 of every 4 bills were paid through biller-direct portals. Only 22 percent of bill payers use bank bill-pay services.

“It’s because bank bill pay technology has not changed for decades,” Albertazzi told attendees. “It lacks overall transparency to the process. The market is overdue for a new solution.”

“Eighty-nine percent of consumers want to be able to choose the payment method that they want. It does not always align with the goals of the bank, but when you look at a customer’s preferences and where they choose to do business, choice is at the top of their list,” he said.

Even with an hour of airtime, Albertazzi and Salazar were unable to cover all the questions that attendees submitted. Below are answers to some of the more common questions we received.

Where do you see the volume of bills paid by check going in the next 5 years?

“One of the key overall learnings that came through loud and clear in Aite’s 2020 findings is consumers demand payments that move fast,” said Salazar. “With that in mind, we’re confident check bill pay will drop off significantly in the next five years”

Why are biller payment options so popular with consumers?

Why has the use of banking bill pay declined?

“The bar for expectations around user experience is very high,” said Albertazzi. “Customer UX trumps functionality. Right now, a commitment to the customer experience is paramount – and it may represent the biggest competitive advantage left for FIs to take advantage of.

“FIs and payment companies should be focused on making every transaction as simple and streamlined as possible – including in the bill payment space,” he said. “This puts pressure on FIs, but there is true opportunity for differentiation in the payments capabilities FIs deliver to consumers.”

Is it too late for FIs to reverse the trend and win back bill-pay customers?

“There has been a lack of innovation on the part of FIs. They offer a clunky process to consumers who are demanding a frictionless experience,” said Salazar. “But, no, it’s not too late – but it is critical they identify what is most important to the customer.

“Aite found most Americans live paycheck-to-paycheck, so cash flow is critical to them. Consumers demand same-day processing. And they don't want an arbitrary confirmation number when they pay a bill. They want an actual confirmation number from the biller, so they have peace of mind that the bill has been paid,” Salazar added. “If FIs don’t deliver on these consumer demands, other fintechs will.”

Why are people apprehensive to set up recurring/automatic payments?

“Sixty-five percent of consumers make one-time payments,” said Albertazzi “I would say there is a deeply ingrained, one-time payment ‘culture’ in the U.S. And changing consumer behavior is tough business.

“Both banks and billers need to push and incentivize recurring payments to help consumers move away from one-time payments. This is an opportunity for FIs to work with their customers. They need to put autopay front and center to the customer and let it be known that it creates predictability.”

How many customers will spend the 20-30 mins it will take to switch to a centralized bill-pay system with a bank?

“We need to reimagine what that bill pay experience can look like – not what it looks like today,” said Salazar. “It’s up to us to deliver the kind of digital experience today’s digitally-savvy consumer expects, including a bill-pay platform that can be completed in five minutes instead of 30 minutes. That is what consumers expect. They are expecting an Uber-like experience and that’s what FIs must offer.”

BillGO is hosting two more webinars in the BillGO Bill Pay Knowledge Series. These are valuable resources for anyone involved with modernizing their institution's bill payment platform and capabilities.

The Lighter Side of Paying Bills

We asked Tom Fishburne, founder and CEO of Marketoonist, to have some fun illustrating the pain points that accompany the old way to bill pay.
Aug 18, 2021
No items found.