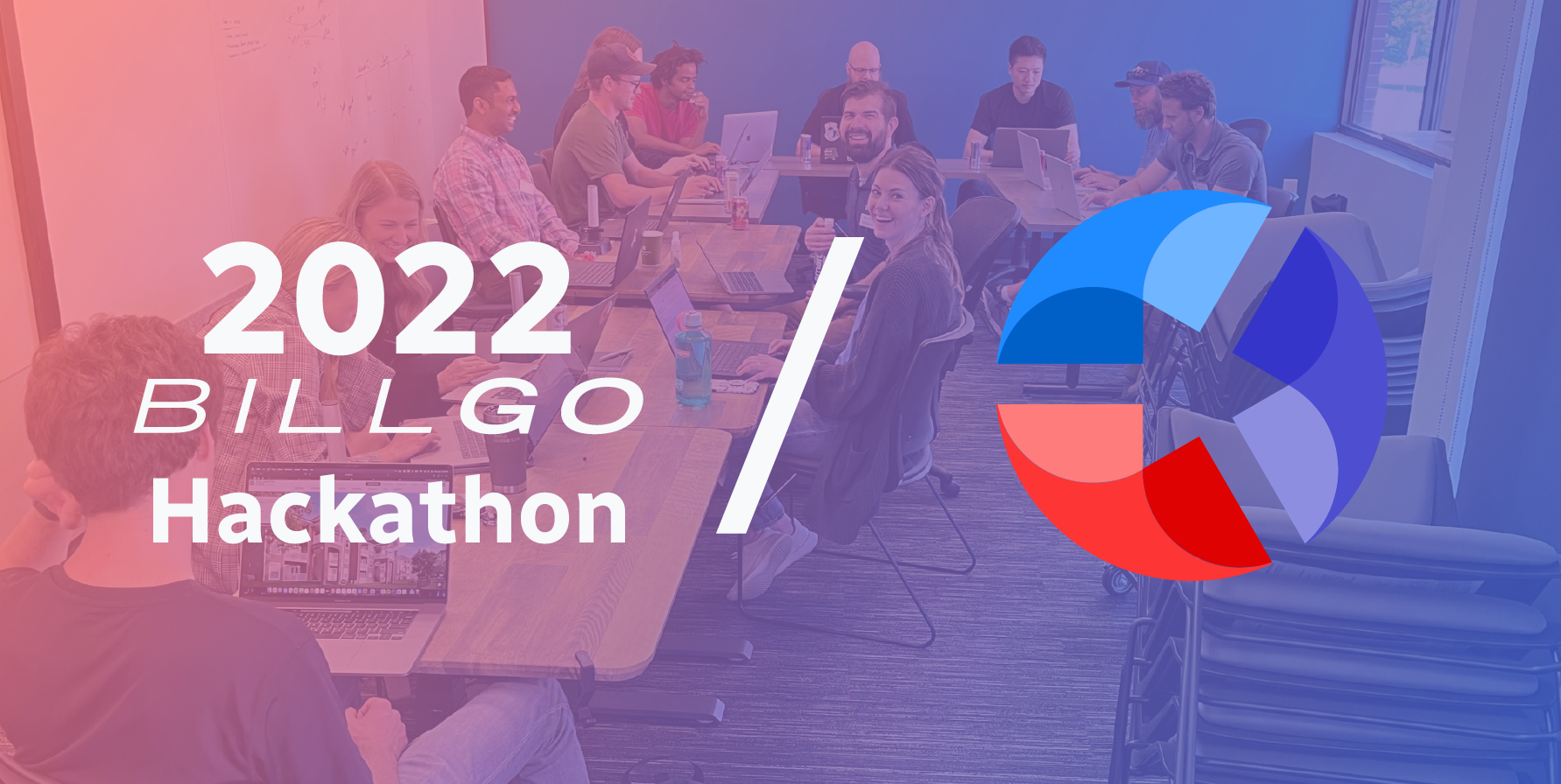 BillGO recently hosted its first-ever hackathon, enabling its army of technical talent to tackle and unravel a variety of real-world challenges facing the company and its industry partners.

For Travis Ellett, Director of Software Engineering and organizer of the event, taking on thorny tech issues is what hackathons are all about.

“They are not so much about what is ultimately delivered,” says Ellett, who has helped oversee hackathons for other leading tech companies during his career. “Hackathons are about giving people an opportunity to focus on problems and challenges they actively face every day and then giving them the time and the space needed to attack those problems. It’s an essential part of building and driving an innovative culture.”

When announced, Ellett’s fellow engineers and developers were among the first to raise their hands to volunteer for the three-day event, but he says, BillGOans from across the company were eager to jump in.

“There were plenty of people without technical backgrounds that wanted to be involved, “he says. “But we also had product owners, project managers and others who brought with them unique challenges they see every day. One team recruited 30 people across BillGO to crowdsource and validate a proposed solution. By the time we were done, we had nearly 75 BillGO employees participating, which is more than 20 percent of the company.”

For Ellett, that headcount exemplifies the commitment he sees BillGOans display every day.

Once all the hackathon volunteers were identified, Ellett and his fellow hackathon organizers divided them into six teams, asking each team to name a specific challenge or obstacle facing BillGO, its industry partners or its customers.

“Hackathons are about giving people an opportunity to focus on problems and challenges they actively face every day and then giving them the time and the space needed to attack those problems. It’s an essential part of building and driving an innovative culture.”

“All the teams went through an ideation phase,” he says, “followed by a communication phase and then an implementation phase. Everybody who joined in took ownership of germinating the idea and bringing solutions to the table.”

One team — The Terror That Flaps in the Night — took aim at automating the highly-manual chore of testing and validating new billers as they are onboarded to BillGO’s extensive biller network.

It’s a process that can require BillGOans to reach out to small- and mid-sized billers “one at a time,” says Tarrayna Smith, Senior Software Engineer and hackathon judge, to confirm names, addresses and other information needed to ensure timely payments. Once that information is collected, she says, the data must be physically updated and then evaluated for accuracy.

“It can take up to a week to validate 160 billers,” Smith says. “So, The Terror That Flaps in the Night set out to automate the process. They created an entirely new user interface identifying and validating all the essential data, the links, the addresses – even the business logo. After building the new interface, they were able to validate and test 10,000 billers in less than two days.”

“It’s going to save a ton of time for BillGO, our customers and their customers,” she says. “Everyone benefits because the faster we can validate biller information, the faster we ensure we’re delivering a high-quality product.”

Another hackathon team — Validate the Ducking Directory — set out to confirm existing information in the biller directory. To do it, they gamified the task: they crowdsourced their findings, examined more than 12,000 billers in the directory and updated the information, which resulted in validating thousands of billers.

“It was amazing,” says Ellett, “by gamifying validation and turning it into a competition, they were able to complete what we estimated to be 67 weeks’ worth of work in two days!”

Another team — Bronze — set its sights on building a “new and improved” search function in the BillGO directory, enabling users to more quickly locate names and businesses included in the roster.

“We would often get only a partial name to go with a full account number. We wanted to build something that would benefit everyone – product managers and engineers. That was our target, and that became our new interface,” he says.

“In a matter of days, team Bronze developed a search function that could quickly find and rank merchants in the directory,” says Ellett.

For Jayasumana, “the entire hackathon reminded me of the good old days," he says, “when engineers and others representing different teams could rapidly prototype an interface between their systems to solve a business problem.

“By gamifying validation and turning it into a competition, they were able to complete what we estimated to be 67 weeks’ worth of work in two days!”

“Working across teams meant the integration tests were meaningful from the beginning, and we were able to quickly pivot our algorithm, design decisions and responsibilities through the process as we learned more about the problem space and came across unpredictable edge cases,” he says.

In the end, all six teams participating in the hackathon won prizes for their efforts, but Smith says the prizes (and the endless supply of pizza) were not the point of the hackathon.

“Ultimately, it’s about getting better ideas surfaced and getting more people across the company to contribute to the BillGO vision,” says Smith. “People took time out of their busy days and, in most cases, worked on these projects on their own time. It was exciting to participate and see the level of passion people have at BillGO.”

“I was incredibly proud of the ideas everyone brought to the table and the work that was accomplished,” he says. “I am already looking forward to our next hackathon. An annual cadence would be great, but they will take place more frequently. They are really a great way to help drive a culture of innovation and ideas.”

Only 20 percent of working-age U.S. women are considered financially healthy. Can FIs and fintechs help bridge the divide?
Aug 31, 2022

BillGO Named One of the Fastest Growing Fintechs in the World