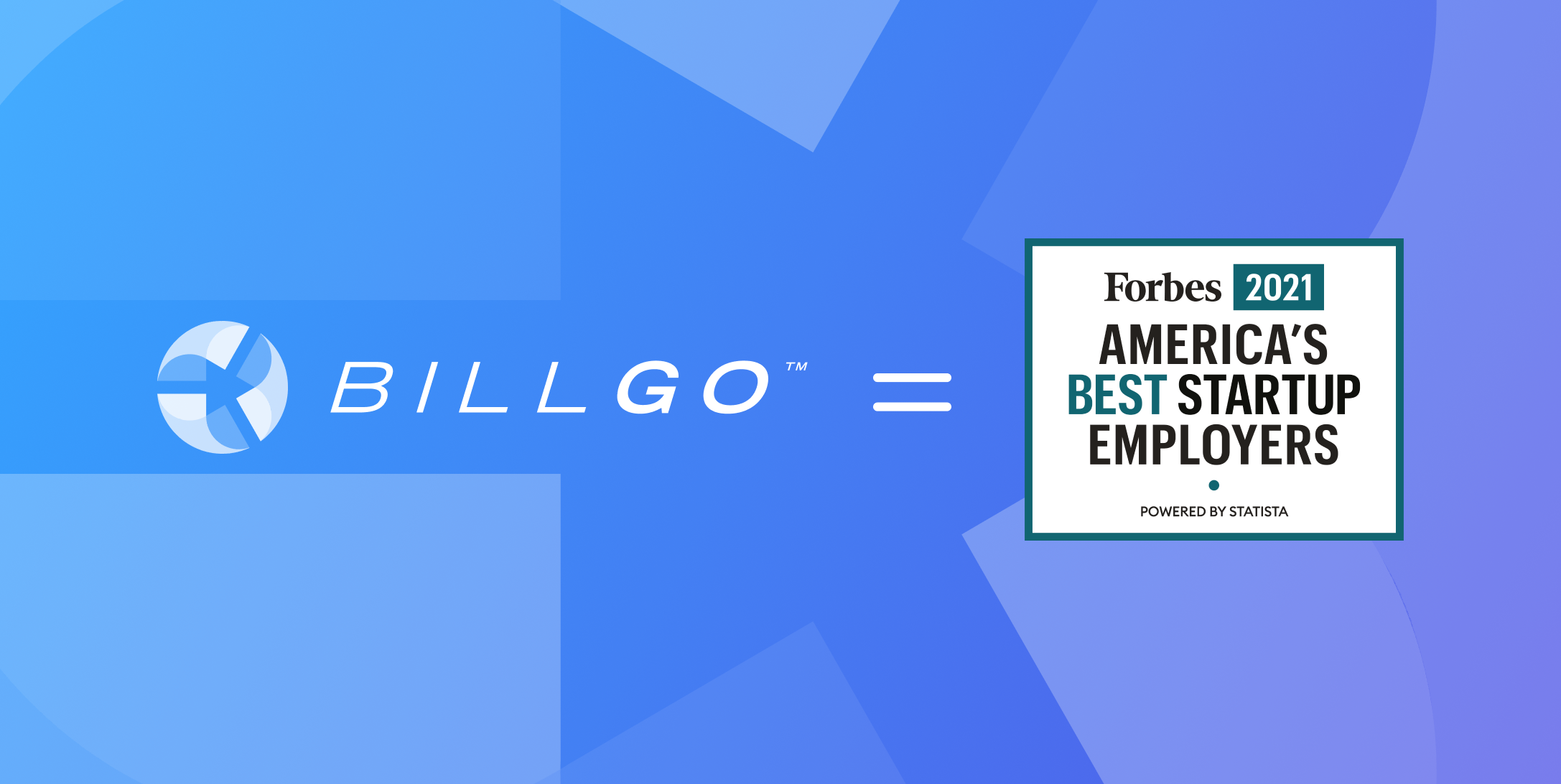 Startup life is not for the timid. Anyone who’s ever helped build a company from the ground up can tell you: it requires a lot of work. And fortitude. Dedication, adrenaline, enthusiasm, also help. And a willingness to put in some long hours from time to time.

But the rewards make it worth it.

Sometimes those rewards are small; sometimes they are big. Occasionally, they are epic.

This week was epic for the 200-plus employees of BillGO. Forbes, one of the country’s leading business publications, just named BillGO one of America’s Best Startup Employers for 2021.

That’s right. Out of the hundreds of thousands of startups now doing business in the U.S., the Colorado company made Forbes’ shortlist of America’s 500 Best Startup Employers for the year.

And making the cut was no simple task.

Statista Inc., an industry-ranking statistics portal Forbes relies on to compile the annual list, begins the process by evaluating the startup landscape and winnowing down the top 2,500 employers based on three main requirements: Each company must be wholly organic (no spinoffs from existing enterprises allowed); each startup must have at least 50 employees; and each must have launched between 2011- 2018.

Once the 2,500 finalists are narrowed down, Statista dives in even deeper using a variety of measurements to further evaluate “employer excellence” based on three more categories -- employer reputation, employee satisfaction and overall growth.

When it’s all said and done, Statista estimates more than 7 million separate data points are taken into consideration to determine which 500 startups will be featured on the list.

“This is really exciting and quite an honor,” says BillGO CEO and co-founder Dan Holt. “We’re all about delivering ‘The New Way to Bill Pay™,’ and our efforts to give financial institutions, billers and consumers a more modern and centralized way to pay and manage bills starts by ensuring our team is able to thrive in a collaborative environment. This recognition represents a culmination of many years of hard work by everyone on the BillGO team.”

It’s worth noting that Forbes and Statista are not the first organizations to recognize  BillGO as a top fintech. In recent months, other publications and websites - including Growjo, BuiltInCo Colorado, Fintech Futures, American Banker - have all given BillGO similar high marks. Meanwhile, Colorado-based BillGO recently opened a new office in Ohio and entered into several relationships with key industry players and FIs including Huntington Bank and Visa.

The full Forbes list, which was published March 9th, 2021, can be viewed here.

Webinar explores how BillGO and Deluxe are making digital payments a reality for small businesses.
Jan 5, 2022

We asked fintech leaders and influencers to pick the pop-culture pearls they love to revisit during the holidays.
Dec 22, 2021