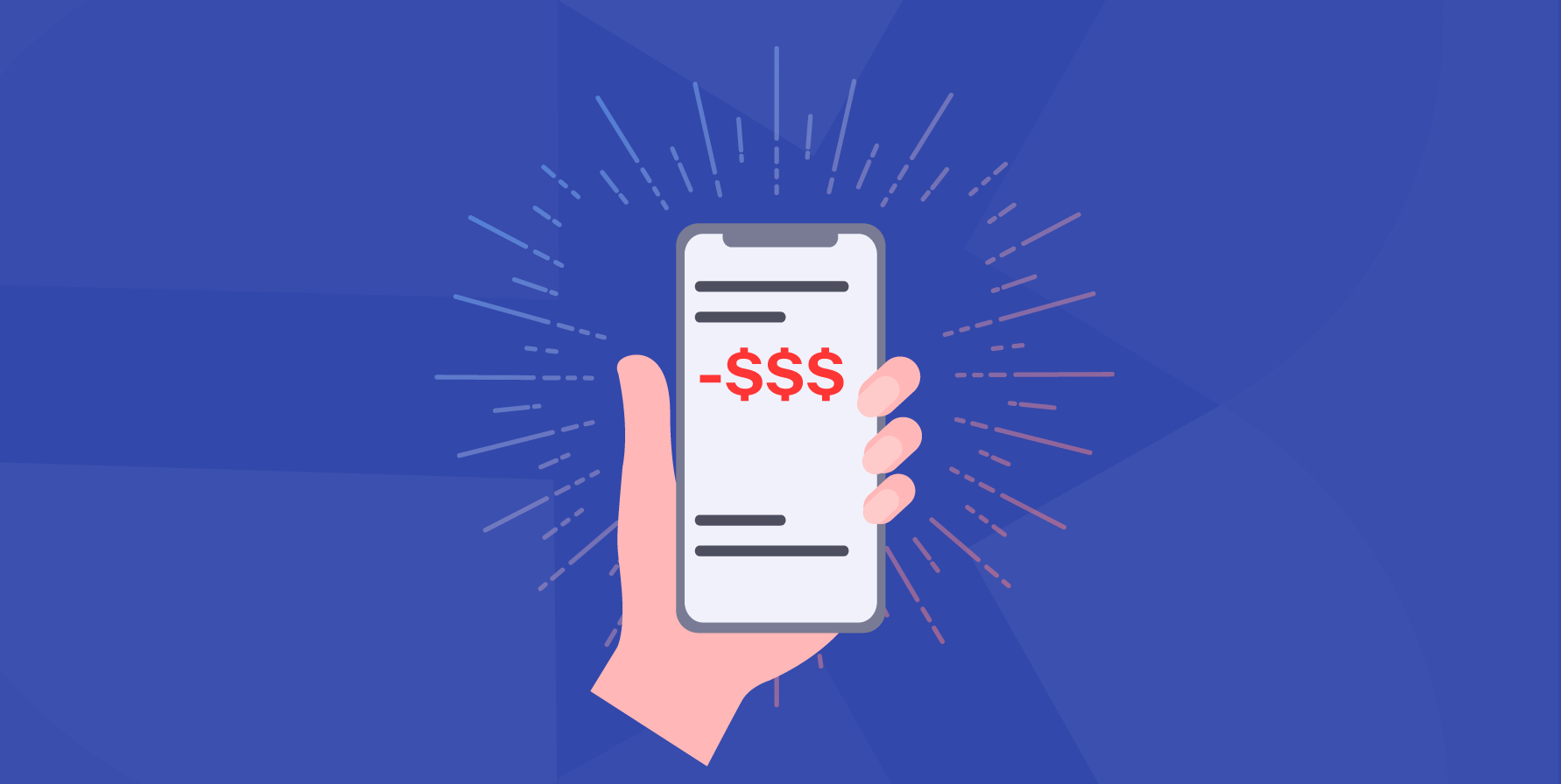 As we recently reported, each year Americans are being nickeled and dimed by a barrage of financial services fees – many of which are buried in the fine print. According to the Consumer Financial Protection Bureau (CFPB), the price tag consumers shoulder each year is more than $120 billion, and that doesn’t even include the additional $12 billion in late payment fees passed on to consumers.

With inflation rates soaring and the majority of U.S. households living paycheck to paycheck, hidden financial fees, particularly overdraft fees, disproportionately impact those who are least able to afford them.

What Are Overdraft Fees?

An overdraft happens when consumers make payments without having enough cash in an account to cover the transaction, forcing financial institutions (FIs) to front the funds, putting the account into a negative balance. In most cases, the FI charges an overdraft fee for this service and will continue to do so for each transaction made until the negative balance is remedied.

According to the CFPB, excessive overdraft fees can make a cup of coffee “go from $3 to $35.” An independent study confirms this (while pointing out that many FIs including Capital One, Bank of America, Truist, U.S. Bank and Wells Fargo are making moves to “reduce or eliminate overdraft fees for their customers”).

This is a welcome trend. As Bankrate recently determined, the average overdraft fee increased from $21.57 in 1998 to $33.58 as of 2021. In addition, according to research by the Consumer Federal Protection Bureau, those who frequently bring their account into a negative balance pay on average $380 per year in overdraft fees.

To avoid incurring additional fees, many consumers sign up for an overdraft protection plan that is a common service their FIs provide. In the past,  many FIs would automatically include overdraft protection when an account was opened, but now it’s increasingly common for FIs to require customers to opt-in or formally accept, leaving many consumers vulnerable to fees without even realizing it.

In some transactions, like automatic payments or checks, FIs may not charge overdraft fees, but they may return the checks unpaid, resulting in an NSF fee, which in many cases exceeds the typical overdraft charge.

As mentioned earlier, there are FIs starting to minimize or eliminate entirely a host of fees. Ally Bank, for example, made the decision to eliminate its overdraft fees in early 2021 along with Capital One.  Bank of America followed suit and announced its “plans to eliminate NSF fees beginning in February 2022 and reduce overdraft fees from $35 to $10 beginning in May.” Similarly, Wells Fargo said in January 2022, they would cut both NSF and overdraft fees, providing customers with a 24-hour grace period to cover the amounts owing on their accounts.

Tips for Avoiding Overdrafts and Other Fees

Here are a few strategies consumers can use to minimize overdraft fees and other penalties:

Pay attention to balances and transactions. Watching account balances weekly (or even more frequently) give consumers an edge. The key is to not let an account balance dip too low. Digital banking makes it easier than ever to check balances online using a mobile app or a desktop device. Log in on a bank’s mobile app or desktop, or call the bank directly to get current balances, etc., then use the information to avoid penalties and fees.

Set up alerts. Most banks enable customers to set up notifications to come from their bank via a mobile banking app or a text message when balances drop below a certain level. Alerts can also be established for unusual account activity, or if a check has cleared, a password has been changed, a large purchase or withdrawal has been made. Leverage these alerts to stay in the black.

Link to another account. Most FIs also offer a transfer protection service enabling customers to link a checking account to an overdraft line of credit, savings account or credit card to cover any balances owed. When linking to a line of credit or credit card, consumers will still incur interest charges, but in almost every case, this tends to be cheaper than paying an overdraft fee.

Switch to an FI free of fees. A new generation of online banks and investing platforms are removing unpopular fees to attract new banking customers. And some larger FIs are now offering accounts with zero overdraft fees as well.

How to avoid other fees? In addition to overdraft and NSF fees, there are a host of additional financial fees that can quietly drain accounts, including monthly maintenance/service fees, out-of-network ATM fees, excessive transaction fees, wire transfer fees and early account-closing fees. Before purchasing any specialized services or using “foreign” ATMS, find out the costs associated and plan accordingly.

Feeling overwhelmed by the rising cost of living lately? Visit the BillGO Bill Pay Relief Hub, an award-winning site featuring more than three hundred companies and FIs across the U.S. offering payment options and other forms of relief, searchable by region.

Check Fraud and How to Protect Yourself

Check fraud is on the rise. Consumers should follow these tips when electronic payments aren’t an option.
April 20, 2022