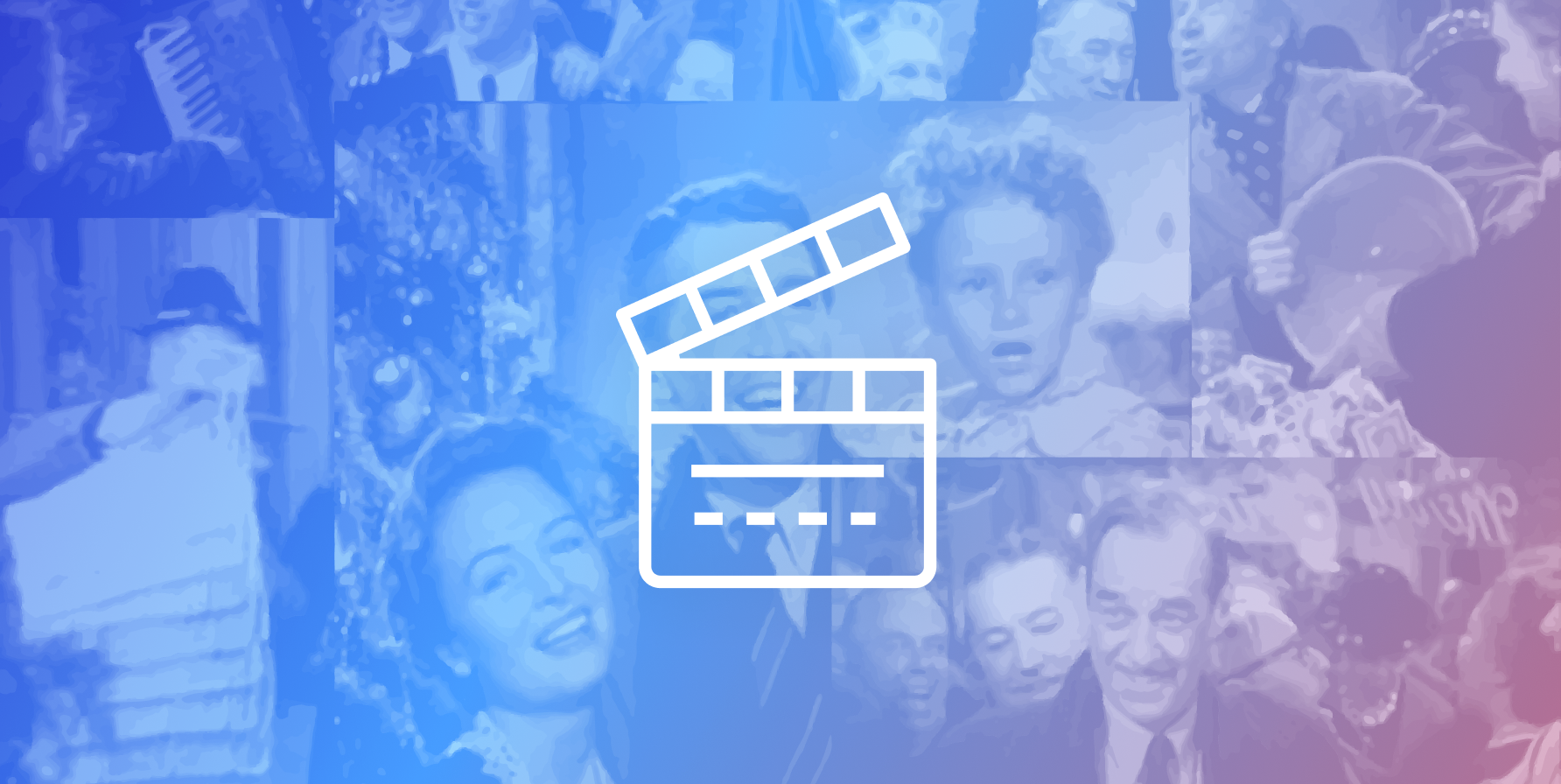 Once upon a time, pundits actually warned parents that television could somehow undermine the family unit. Fast forward to 2021 and it’s hard to imagine someone not savoring the prospect of watching a favorite movie or TV  show with family members during the holidays.

We were expecting a lot of fa la la la, so, some of the responses, well, surprised us. For instance, we weren’t expecting movies about cybercrime, the adult entertainment industry, data crunching, technology, money laundering or dystopian futures, but, hey, it’s a multi-faceted time of the year.

It’s also a fun time of the year, so take a look at the roster below. Maybe you’ll see one or two items to add to your holiday watch list. If there are some titles on your list you’d like to share, drop us a line.

So, in no particular order, it’s showtime….

‍“I pay you to get on first, not get thrown out at second.”

Moneyball now occupies that rarified world of cinematic cult classics, and least based on our interviews. When we asked for favorites, this examination of two of America's favorite pastimes — number-crunching and baseball — was mentioned again and again.

Why? Well, the parallels with banking are inescapable, says Alex Jimenez, Chief Strategy Officer at Finalytics.ai and Extractable: “Billy Bean is anyone in banking who has realized that the banking business model of yore will not succeed. Data analytics and technology, not to mention customer expectations, are revolutionizing banking just like it did for baseball teams.”

Helen Yu, SVP of Services at Britecore and Founder & CEO at Tigon Advisory Corp, focuses on the big data theme that runs through the film: “If you are not Steve Jobs or Elon Musk, you win by making sound decisions driven by data analytics,” she says, “you can build success with a few small complementary investments, not just a big star hit.”

“Even with hardships (whether it is a team’s salary cap or your personal income), buckle down and reassess your spending,” which is the real lesson of Moneyball, says BillGO SVP, Jay Pleuger. “You can play a hunch as much as you’d like, but I prefer data and analysis that generates understandable, digestible facts as a basis for taking action.”

Holiday-season mainstay It’s a Wonderful Life may be the only true Christmas “classic” on our list. It teaches an age-old lesson: happiness doesn’t depend on money. (Having a miserly banker serve as the adversary likely adds to its mass appeal.) For VC and global fintech influencer, Spiros Margaris, “It’s a Wonderful Life inspires us to look beyond our destiny and that we should aspire to help less fortunate ones to live better lives which can be done with tools like fintech.”

According to author and digital finance subject-matter expert, David Birch, Middle Men not only serves up a stellar cast (Kelsey Grammar, Luke Wilson, Giovanni Ribisi), but it also does a proper retelling of the rise of online payments while sharing a captivating plotline involving the people who invented online commerce. “The adult [entertainment] industry was early into the space [and] constantly evolved paid content technology and business models … And it is certainly true that well beyond the internet, the demands of the adult sector have driven technological development,” says Birch.

Rounders is the story of a retired poker player Mike (played by Matt Damon) who returns to the green felt jungle to help his friend pay off his debts to a bad guy. For payments influencer, Todd Ablowitz, this movie is “the first time anyone ever portrayed poker realistically and the juxtaposition of reliable but fundamentally mediocre Joey Knish (John Tuturro) versus Mike's ultimate recognition that he was truly an extraordinary poker player set him up to bet it all on himself.”

Blackhat stars Chris Hemsworth as a cybercrime expert on the hunt for a high-level, practically-global cybercrime network. The movie gives viewers an up-close-and-personal look at the cybercrime industry, showing both the difficulty of breaking into world-class systems as well as the challenge that comes in trying to solve cyber crimes after the fact. “I watched last night (again) and the key lesson is – fight hackers with hackers,” says self-described fintech “author, speaker and troublemaker” Chris Skinner.

Willie: “I just got drafted by the Nick’s. Good week for everybody, huh?”

Going in Style tells the tale of three life-long friends (Morgan Freeman, Michael Caine and Alan Arkin) who decide — rather than retire to rocking chairs — they will risk it all by ripping off a bank that stole their money. “If you are looking for a good laugh that your entire family can enjoy, this movie is for you – even my teenagers laughed,” said BillGO’s CMO, Mary Anne Keegan.

HBO’s Entourage follows Vince Case and his circle of friends who learn about the ins and outs of business in the wealthy, overripe world of showbiz. Bryan Clagett, fintech advisor, influencer and C-suite occupant believes the show also serves as an example to aspiring entrepreneurs looking for a “story of loyalty, hard work and the shenanigans that go on in order to be successful as a fintech. The series reminds me of all that went into Geezeo to make it successful, from the risk taking right down to the relationships.”

The Big Short offers a cast of Hollywood A-listers, but the main reason BillGO’s Mike Pinto recommends the movie is because “it’s a real example of being truly innovative, finding an opportunity and not being afraid to run after it. Also, it’s a reminder that not everything should be taken at face value. We should always question.”

“We need a good shake-up to face the shadow side of how we might function as a society if we lose our uniquely human attributes of love, compassion, forgiveness …”

“Dark” doesn’t begin to describe Black Mirror, a sci-fi thriller series that specializes in painting a shadowy glimpse into a not-too-distant future made even bleaker thanks to modern technology.

But for Thulium CEO  Tamara McCleary, the show is really “a deeply philosophical look at our morality as a culture today and what could be a slippery slope into imagined futures none of us would want to wake-up to.  As appalling as some might find the episodes, I think we need a good shake-up to face the shadow side of how we might function as a society if we lose our uniquely human attributes of love, compassion, forgiveness, and interdependence upon one another.  It's a reminder that we must be ever vigilant as we become more and more dependent upon technology that we put one another first, that we not slip into echo chambers and epistemic bubbles through our thirst to surround ourselves with only those that think like we do—to resist the temptation of abdicating our responsibility to learn the truth and acquiescing to algorithms that promise us personalization and a feather-ruffling-free experience. May we realize the error of our ways of fetishizing frictionless experiences before we sacrifice our freedoms and democracy — our humanity — upon the altar of convenience, cleverly disguised narcissistic desires and a life of imagined ease.”

Author and industry speaker, Theodora Lau recommends Dirty Money, a Netflix documentary series that unveils the greed, fraud, corruption and crime spreading not-so-silently throughout the global economy. “It reminds us of the power of money (good and bad) – and how far corporates and individuals would go at the expense of the well-being of people they are supposed to serve,” says Lau.

Star Trek - The Next Generation

We’ve lost track of the various offshoots the Star Trek franchise has produced since debuting approximately 50 years ago, but for fintech influencer and entrepreneur, Chris Gledhill — if you’re looking for a interstellar lesson on money — then look no further than Season 1, Episode 26 of The Next Generation series. It’s the one to watch, he says, because “they touch upon 24th century economics and money. Captain Picard says: ‘A lot has changed in the past 300 years. People are no longer obsessed with the accumulation of things. We have eliminated hunger, want, the need for possessions. We have grown out of our infancy.’ For me this is the fintech end state.”

As if the undeniably popular show Shark Tank needed any more promotion, but, for fintech author, podcaster and analyst, Jim Marous, the show offers “...a combination of entrepreneurs who have all battled legacy organizations to make their businesses work. The recommendations and willingness [represent] a great microcosm of the world of banking and fintech and the success factors that organizations of all sizes should be aware of.”

When it comes to the business of money, Patricia Hines says Peaky Blinders provides so many lessons. “The Peaky Blinders gang (which actually existed in 1900s England) creates Shelby Company Ltd. as a legally operating business, while behind the scenes they are using it to launder casino receipts and to ship bootleg liquor to Canada hidden in auto parts. On the side, Thomas Shelby receives money from Winston Churchill to carry out assassinations on behalf of the Crown. And yes, that money also gets laundered through the Shelby Company,” says Hines. “They demonstrate ruthless business acumen.”

Scarface or Catch Me If You Can

The criminal enterprise theme strikes a chord for BillGO’s own Chief Risk Officer, Kim Hebb. She picks two movies that shine a spotlight on the vulnerabilities in the financial services sector in hopes we can learn from them. "For me, I guess it's a tie between Scarface and Catch Me If You Can. Both movies speak to my interest in how systems can be exploited and both demonstrate some of the origins for the laws and regulations that are now in place to protect the financial system and consumers."

There you have it: a whole bunch of binge-worthy escapism just in time for the holidays.

The entire BillGO team wishes you and yours a spectacular holiday season. BillGO’s On the GO blog is hitting pause next week, but we’ll return January 5th. In the meantime, if you’re jonesing to read some fascinating financial industry data, be sure to download our latest eBook, The Battle for Bill Pay.

Webinar explores how BillGO and Deluxe are making digital payments a reality for small businesses.
Jan 5, 2022

Top Banking and Fintech Conferences in 2022

We’ve assembled a list of industry events to help you plan and strategize for the new year.
Dec 8, 2021

Who is your favorite payments industry thought leader? We’ve compiled a list of leading social media influencers in the payments and digital banking space.
July 14, 2020

We’ve compiled our short list for top books on the evolutions of digital banking, fintech, and payments.
August 12, 2020