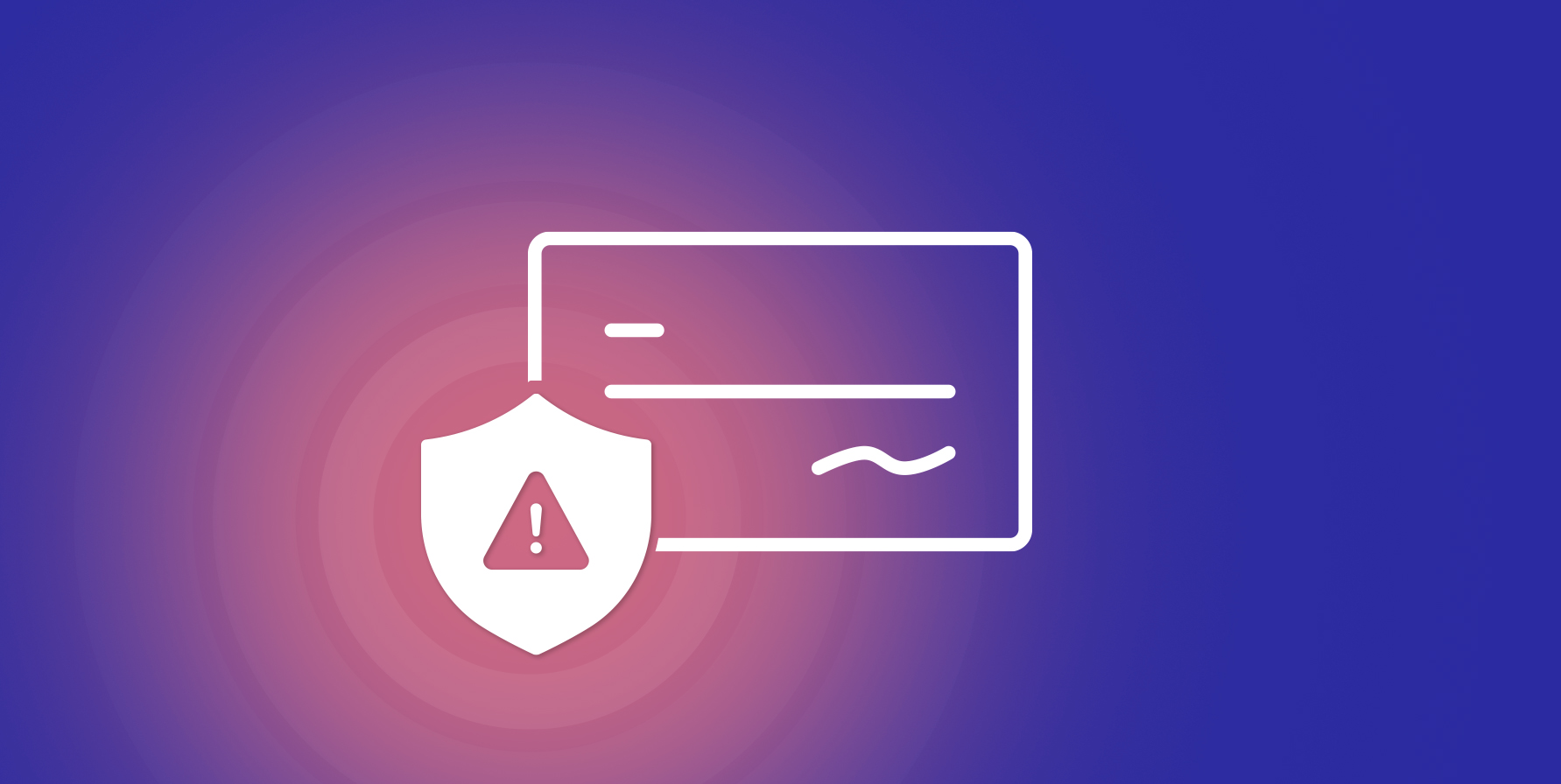 A spike in check fraud has once again captured national headlines.

Some may be surprised to learn paper checks — let alone check fraud — is still a thing, but criminals look for vulnerabilities, and few forms of payment are as vulnerable as checks. (Or as popular. According to BillGO’s 2020 research, Americans still write more than 2.3 billion checks annually.)

This newest check-fraud scheme surfaced thanks to the work of David Maimon, an associate professor of criminal justice and criminology at Georgia State University who also directs the Evidence Based Cybersecurity Research Group.

“For the past two years,” Maimon writes, “we’ve been surveilling 60 black-market communication channels on the internet to learn more about the online-fraud ecosystem … One thing we didn’t expect to see was a surge in purloined checks.”

“Check fraud continues to be a problem because for many consumers and businesses, checks continue to be the dominant form of payments in the U.S."

In October 2021, he explains, “we came across an average of 1,325 stolen checks being sold every week … up from 634 per week in September and 409 in August.” Only a year earlier, his team observed just 158 stolen questionable checks.

Although Maimon’s research is eye-opening, it’s far from explosive.

The simple fact of the matter is, like vinyl records, check fraud never really went out of style.

“It’s still unclear exactly how much money was lost, but research shows the dollar value of losses for just one month was $11.6 million.”

Bank security firm SQN Banking Systems traces the first check fraud laws back to 1882, but, despite such efforts, bogus checks have continued to plague the financial services arena. And even though check usage in the U.S. peaked in 1995 with an estimated 49.5 billion checks processed that year, check fraudsters have never let up.

It’s still unclear exactly how much money was lost in the scheme Maimon’s team uncovered, but their research shows losses for just one month were $11.6 million.

And that was only one scheme. A recent random search of Google News using the words “check fraud” found check fraud-related headlines in Georgia, Michigan, Minnesota, Pennsylvania, Tennessee, Illinois and Nebraska — and that was just on Page 1 of the search results.

For Cindy O’Neill, President of BillGO’s Biller Solutions, none of this comes as a surprise.

“Check fraud continues to be a problem because - for so many consumers and businesses - checks continue to be the dominant form of payments in the U.S.,” she says.

“Consumers and businesses still pay by check not only because a lot of billers are unable to accept electronic forms of payments, but because using paper checks helps them control their cash flow,” she says. “But it’s not just checks. ACH and wire fraud are also on the rise.”

O’Neill believes solving fraud issues such as these requires the industry to come together and focus on offering fast, secure payments.

She points to BillGO Exchange, which delivers secure, digitized payments, as an example of how the industry can work to mitigate check fraud.

“BillGO Exchange helps streamline the entire payment process for everyone involved,” she says. “We’re speeding payments, facilitating easier reconciliation, eliminating trips to the bank, but most importantly, we’re minimizing risk because payments are electronified; they are not sitting in a mailbox vulnerable to thieves and fraudsters.”

Similarly, BillGO is working with Deluxe enabling both companies to leverage their respective payment networks.

“If a check is written to a business, BillGO first attempts to match it in our network and issue an electronic payment,” says O’Neill. “If we are unable to make a match, we bounce it against Deluxe’s Payments Exchange network. The more we move towards electronification of paper checks, the more consumers and business owners are protected from check fraud.”

Want to know more about how BillGO and Deluxe collaborate to help small and mid-size billers digitize payments? Read all about it.

Webinar explores how BillGO and Deluxe are making digital payments a reality for small businesses.
January 5, 2022

An interview with the President and GM of BillGO's Biller Solutions about the evolving accounts payable/receivable landscape.
June 2, 2021